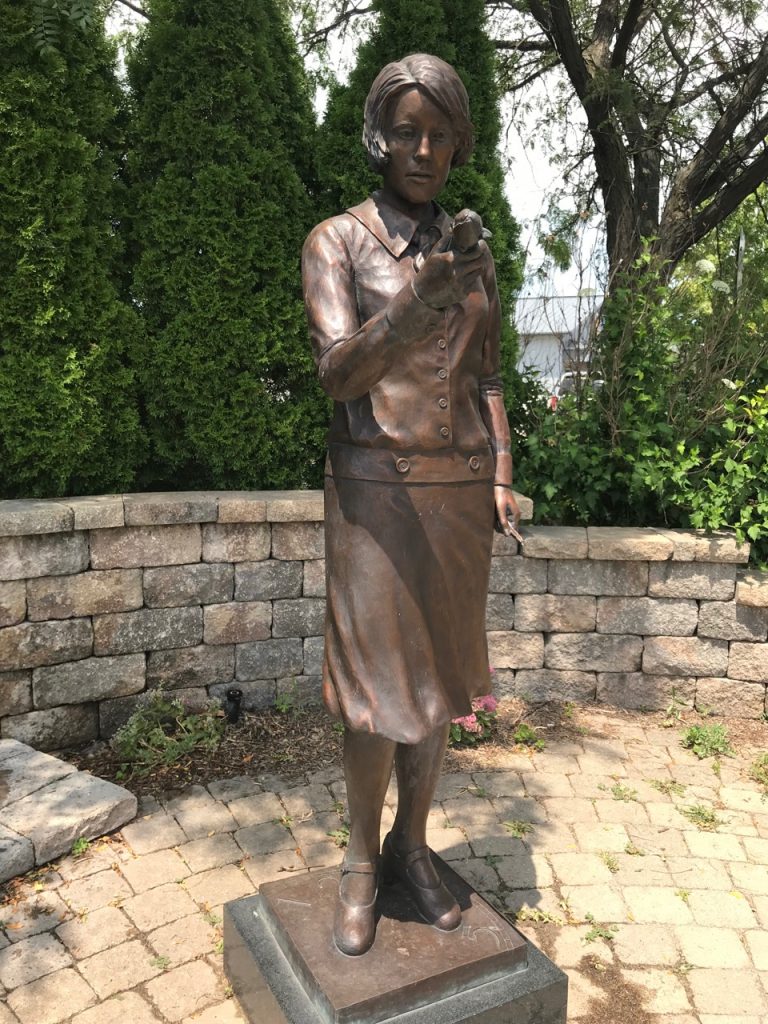 Can you imagine a time when young women would be hired to work in a factory, painting watch faces with radioactive paint?

It happened, in New Jersey and Illinois and the young women whose lives were changed forever are known as the Radium Girls.

You might remember that radium is an element that was isolated by Marie Curie in 1911. By 1917, the amazing, glowing property of radium was being used on clocks, young women would paint the letters and hands of the analog clocks so that the clocks would glow in the dark.

Because accuracy was important, so that the numbers could be read, the young women were told to put the paint brushes in their mouths to make the paintbrush form into a point.

This caused the exposure of the radium to be concentrated in the workers’ mouths.  This meant that the first damage that showed up in many of the women was crumbling teeth and jaws.

The workers were never told that the radium they were working with was dangerous in any way, in fact, they were told it was healthy and good for their skin!

The women working in the Ottowa, Illinois factory were seen by company doctors and even scientists at Argonne National Labs, the women were still not told that their illnesses were caused by the radium that they were exposed to work.

But women figured it out as their co-workers lost teeth, jaws and limbs.  They even formed a club of sorts, the Society of the Living Dead. 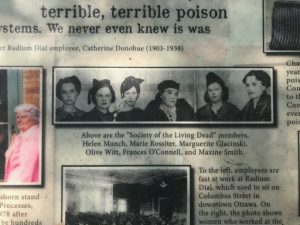 Members of the Society of the Living Dead, workers who painted clock dials with paint containing radium, in Ottowa, IL.

Even though some of the women workers were dying, they wanted to make sure that this never happened to other workers in the future, so they went to court.

Five of the workers in New Jersey and five workers in Illinois, each filed law suits. The case in New Jersey was settled out of court in 1928. The Illinois case ended with the employees winning damages in 1938. More importantly, the case resulted in new laws to protect employees in the future.

As if the whole story weren’t bad enough, another shocker is that the factgory contaminated the land and it wasn’t even completely cleaned up until 1986! Decades after the factory had closed.

“This memorial…is dedicated to the working women of the Radium Dial Company, Luminous Processes, Inc., and dial painters who suffered all over the United States. It was dedicated Sept. 2, 2011, and is a constant reminder of the need for health and safety standards to protect all workers. It is also a sober reminder of the stores of the women and their families who suffered.

There stories are not lost and will not be forgotten.” 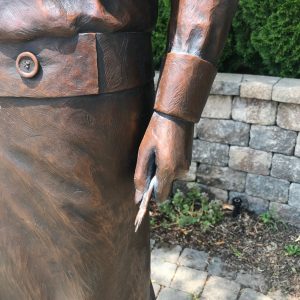 Close up of the hand and paintbrushes of the statue for the Radium Girls Memorial in Ottowa, IL

This is a sad story, but we wanted to share it with you. It’s important to know how laws sometimes only get changed after people are hurt and then stand up and fight for their rights.

And there are many fewer statues of women than there are of men, so naturally, when we found one, we had to tell you about it.

These resources are for teens and adults, or younger kids, with their parents.

The Radium Girls by Kate Moore 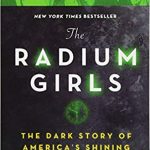