Self-portrait as an Allegory: Art Projects Inspired by Women Artists 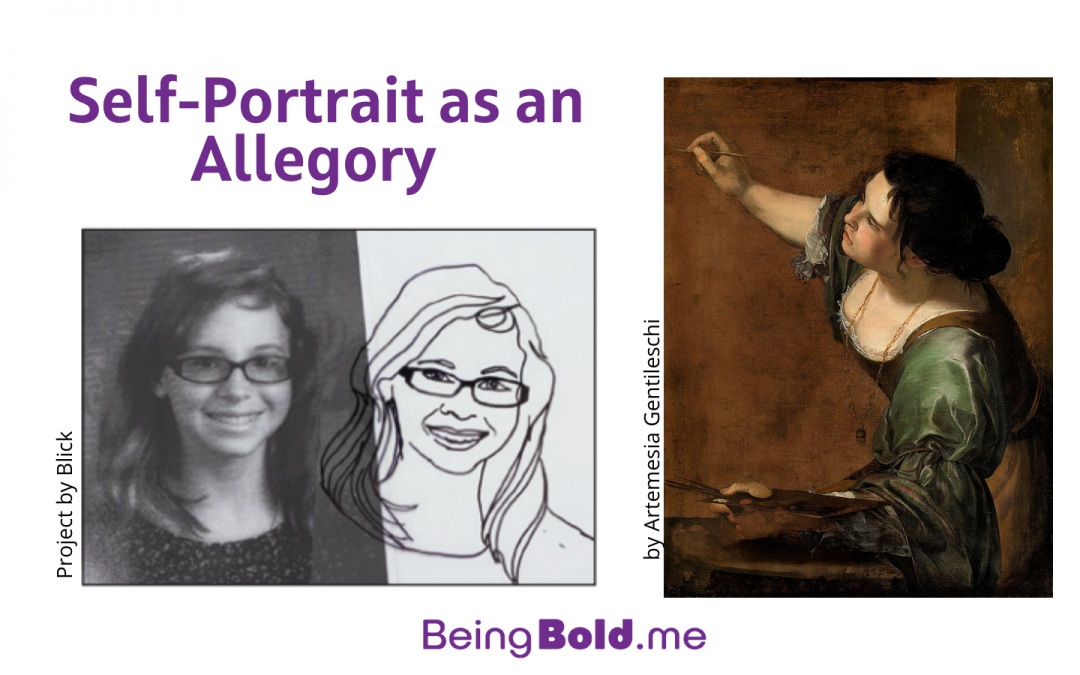 Women artists in the Renaissance period (14th Century) and before often painted themselves as an allegory of painting. An allegory is an idea, embodied in a person. The Statue of Liberty is the idea of liberty, expressed in a statue of a woman. You may have visited a court building, or walked past the outside of one, and seen a statue of the Allegory of Justice, holding her scales.

Artemesia Gentileschi and Sofonisba Anguissola each painted themselves at the easel, painting, as sort of an advertisement for their skill and to emphasize that yes, a woman really could paint. (What can we say, it was a long time ago.)

Women artists had the added benefit of being able to paint themselves as the allegory of painting. Allegories are almost always women, so it’s not really something men artists can do. (Or could have, back in the time period we’re talking about.)

Here’s the painting, Self-Portrait as the Allegory of Painting, by Artemesia Gentileschi. 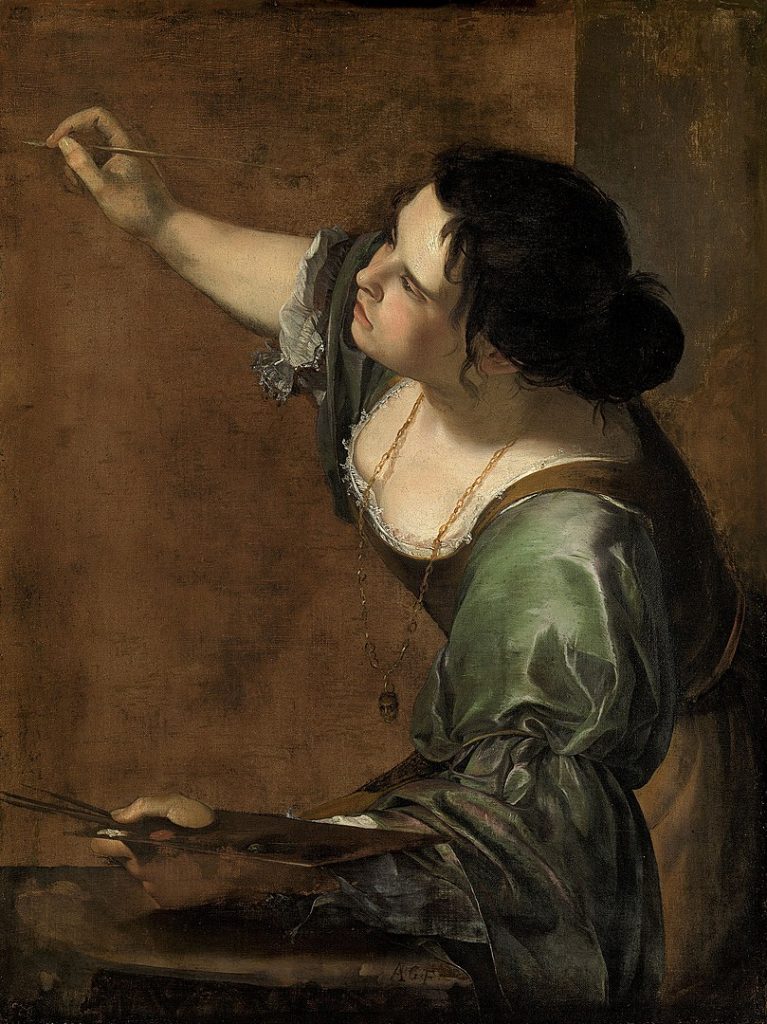 “Self-Portrait as the Allegory of Painting” by Artemesia Gentileschi, painted between 1638-1639.

Draw or Photograph Yourself as an Allegory

What would you like to be the allegory of? The idea for this art project is to draw yourself as an allegory of something that you care about.

A variation is to make a costume, dress up in it, and take a selfie, or ask a family member to take your picture as allegory.

Something to think about as you plan your photos is the idea of monumentalism. In art, when artists sculpt or paint an allegory, they often do something to make it seem monumental, or big, and important. Statues are often on large bases, and larger than life. A painting might also be larger than life.

Will you stand on something, to have your picture taken? Will your photographer kneel down to take your picture, to create the illusion of your being raised up?

What will you wear? Whether you draw yourself or take a photo, you’ll need something different than your every day clothes. Allegories are often depicted wearing ancient Greek robes; white and draping. But that’s not required. Artemesia Gentileschi painted herself wearing painting clothes.

Don’t know how to draw yourself? Me either! Here’s a link to a lesson plan/instructions on how to use a photograph to help you draw yourself.