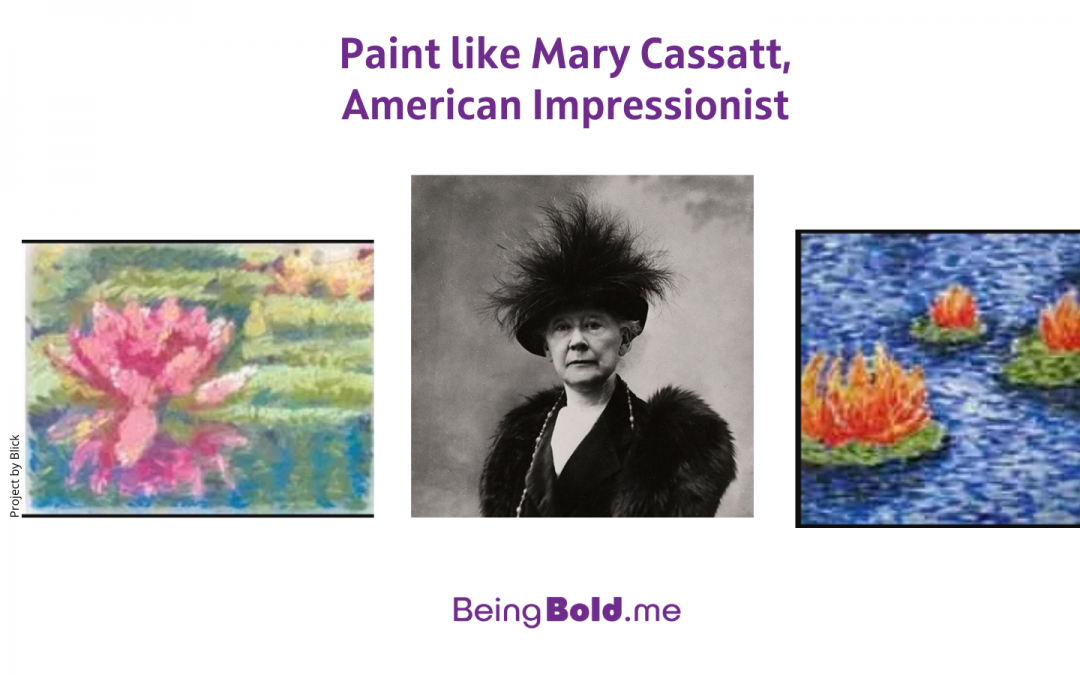 Here’s a fun one: draw with pastels, a favorite art medium of the Impressionists, on Shrink Plastic, then bake it! https://www.dickblick.com/lesson-plans/mini-monets

Or paint on a glazed tile with Pebeo Porcelaine 150 paints. https://www.dickblick.com/lesson-plans/impressionist-style-painted-tile

Both of these lesson plans use a water lily painting by Claude Monet as their starting point. Look at paintings by Mary Cassatt and choose one of her paintings as a starting point, or choose your own scene to paint. Cassatt painted scenes from her every day life, as you’ll read below. She painted her sisters and their children, doing things like reading the newspaper, sitting in the garden, and at the opera. 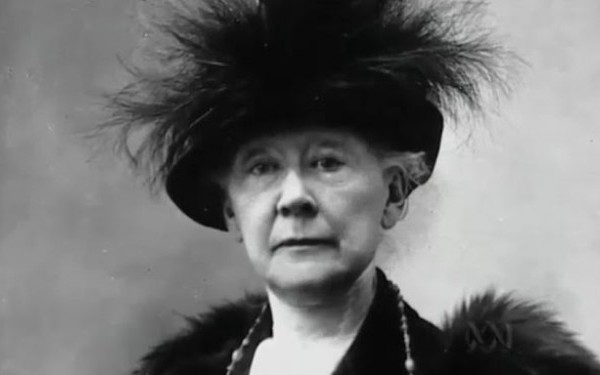 Mary Cassatt was a wealthy American woman who is known for painting other wealthy women in (more or less) proper places – at home, with children, at the opera. At first glance, you might think she was proper herself. But in fact, she was disregarding a lot of the things that she was “supposed” to do, as a lady of her social standing.

A wealthy woman like her was supposed to get married, have children, run a lovely home, throw lovely parties and do charitable works. Instead, she went to France to study art, then made friends with the Impressionist painters, became part of their circle and moved to France permanently!

She never married and never had children. (Which of course, is totally fine, we’re just mentioning it as an example of how she didn’t do what was expected her at the time.)

She was born in 1844 in Allegheny City, Pennsylvania.  She began her artistic training at the Pennsylvania Academy of the Fine Arts when she was 16, but left the program to go to Europe to study on her own.  She went to the Lourve in Paris where she would copy masterpiece paintings.  Does that sound like cheating?  That was the standard way to learn to paint at the time!

If you have been to an art museum in America, from the Art Museum of Toledo to the Art Institute of Chicago, or even a small art museum on a college campus, you have probably seen a painting by an Impressionist painter. The very wealthy American set bought a lot of Impressionist paintings. You know why? Because their friend, Mary Cassatt told them to! She spread the word about this exciting new art form in Paris, France and her friends began collecting.

Though she never had children, she painted her nieces and nephews, by themselves, or with their mothers. She is known for her sensitivity in how she depicted women and children. Remember how we wrote above that she painted women in “proper” settings, including the home, garden and opera?

She also did some “shocking” things in her paintings, such as painting a woman reading the newspaper! Her lady at the opera isn’t pointing her opera glasses at the stage, but at other people in the audience, checking out who’s there and what they’re wearing. She painted one of her sisters “in her confinement,” meaning while her sister was visibly pregnant and not supposed to be seen outside of the house.

So a woman “in her confinement,” or hugely pregnant, was considered so inappropriate she wasn’t to leave the house, but Mary Cassatt painted her in oils, for all the world to see! You can begin to see how Mary was a rebel, who rejected a lot of the “supposed tos” in her life.

She and the other Impressionists were very influenced by the Japanese wood block prints that began to come out of Japan in the late 1800s, after American forcibly “opened” Japan to trade. Before that, Japan had been isolated and refused to trade with Western countries, so this “new” art form Japan that no one in the West had seen before. It was incredibly exciting, and Mary and the other Impressionists began to incorporate ideas from Japanese wood block printing into their own prints and paintings.

Mary was an important part of the Columbian Exposition of 1893 in Chicago, which was a big world’s fair to show off to the world how advanced Chicago was. The Exposition had a Woman’s Pavilion (or building) and Cassatt took a ship back to America in order to paint a large mural in the Pavilion. Here is a picture of it:

Black and White image of the the Lost Mural by Mary Cassatt from the Columbian Exposition of 1897, Chicago.

Sadly, that picture is all that we have, as the original mural was lost and no one knows what happened to it.  The mural was 58 feet long and 12 feet high!

Cassatt lived a long life in France, staying friends with Impressionist painters, including her good friend Claude Monet, and eventually her parents realized she was never going to move back to America, so they moved to France to be with her. Her paintings sold successfully and she exhibited her work often with the Impressionists.

You can see many paintings by Cassatt in American museums, including the Art Institute of Chicago.

P.S.  Do you know why this style of paintings were called Impressionist?

Part of this post was originally published on BeingBold.me on September 22, 2019.