On this day in 1864, Maggie L. Walker was born. She was the first woman to ever charter, or start, a bank in the United States. Making that accomplishment even more impressive is that she did it in this in 1903 and was African American, meaning she faced discrimination and more barriers than a white woman would have.

Walker ran her bank so well, that it survived the Great Depression (a time when many banks closed) and later merged with two other black-owned banks. The bank, under it’s new name, continued to operate until 2005 making it “the oldest continuously black-owned bank in the country.”

It was sold in 2005 to new owners who were white, which ended that impressive run, but! It’s still open, with it’s new owners, and you could go there, where it’s in Richmond, Virginia at the corner of 1st and Marshall Streets.

Even cooler, her house has been made a National Historic Site and you can go there! A national historic site is a location that’s important to our history that people have decided to preserve and defend, and share with the public. 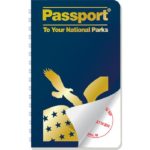 Here’s a fun thing to do when you visit a National Park or National Historic Site, you can get a stamp with the date, and sometimes another fun stamp, in your National Parks Passport. If you don’t have a passport, you can also stamp a little piece of paper and glue that in your scrapbook or journal.  (You can buy a passport online or in a National Park gift shop.)

If you want to learn more about Maggie L. Walker, you can read about her on the National Park Service website: https://www.nps.gov/mawa/the-st-luke-penny-savings-bank.htm

This is the first post in a series of posts about things that happened “on this day” in history.