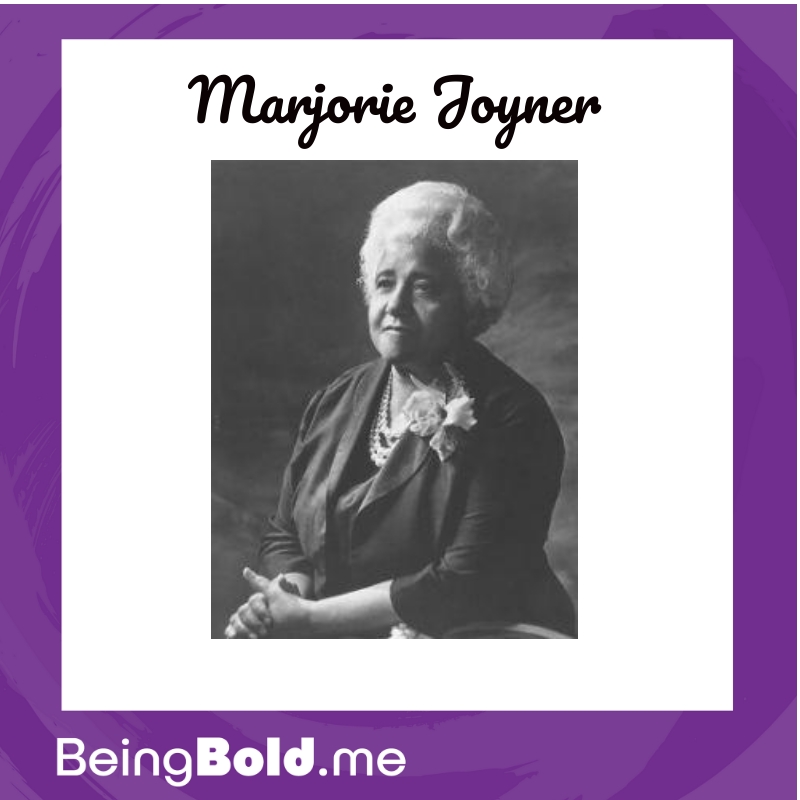 Portrait of Marjorie Joyner in 1964.

Not every invention is a brand new idea, out of the blue. Many inventions are an improvement on an older idea. People made toast before there were toasters, for example, but once we had electricity, we could use electricity to make toast, instead of risking burning the toast over an open fire.

Marjorie Joyner was one of many employees of Madam C.J Walker. You may have heard of Madam C.J. Walker, whose real name was Sarah Breedlove, she was an amazing an inventive person too and the first African American woman to become a millionaire by her own hard work!

Madam C.J. Walker had a problem, her hair was weak and breaking, so she solved her problem with a cream she came up with herself. It worked so well that she began selling her Hair Growth Formula.

Her business grew and she opened up hair salons and had hundreds of women, dressed in white shirts and black skirts, who sold her products in person.

Marjorie had an electric roaster at home, for cooking large pieces of meat, and it had metal sticks to stick into the meat, to make it cook faster and more evenly.

What if…
what if metal and electricity were used to “set” the curls, or remove the curl from hair? Marjorie tried it and it worked!

Here’s what her patent drawing looked like for her invention: 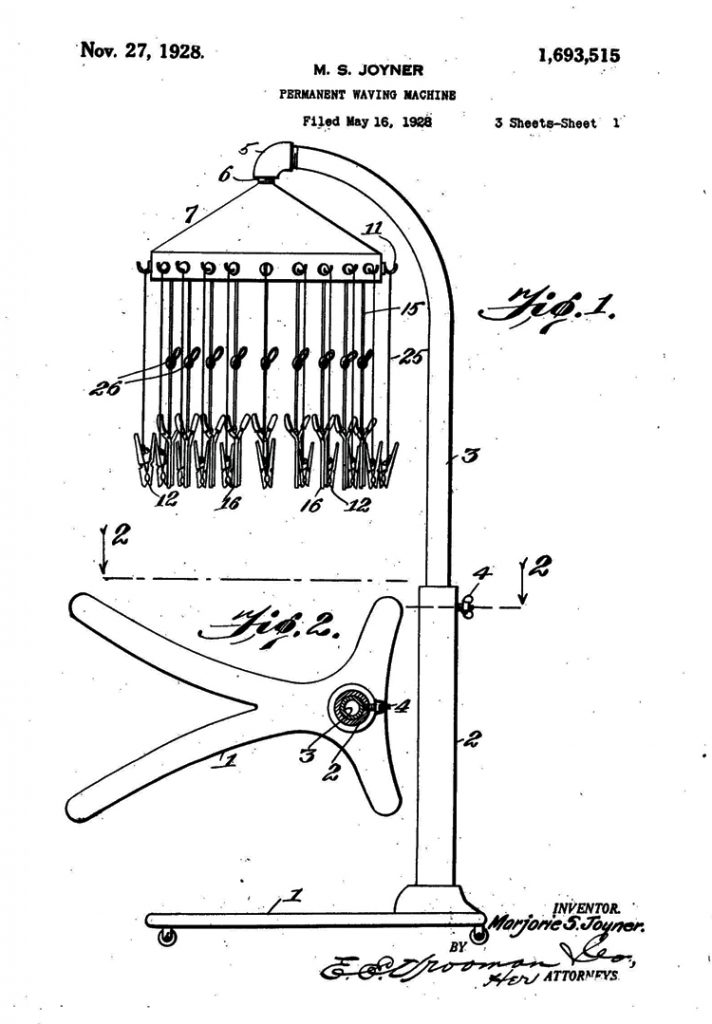 For black women, her invention straightened hair, and for white women, it curled their hair. Either way, it was a faster process than the alternatives that existed before, and the effect lasted longer.

Her invention, which she called the Permanent Waving Machine, was patented in 1928. Now, because she created this invention as part of her job, she didn’t get rich from it, but she said didn’t mind.

See, if you invent something at work, the invention generally belongs to the company, even though the patent might be issued in your name. You get credit for inventing it, but the company gets to sell the invention and make money off it.

Not everyone who invents something wants to start a business and become a salesperson, so this can work out. Marjorie was very successful with her work as the National Supervisor for Madam C.J. Walker’s beauty schools.

Bonus! If you want to learn more about her, a lot more, here’s a list of books about her or that mention her. There’s also a longer biography. And the Chicago Public Library owns her papers! Library patrons may request access (in person) to her papers. Amazing!