“Mattie will make them for us!” Great woman inventor starts at 12 with safety device: Margaret Knight 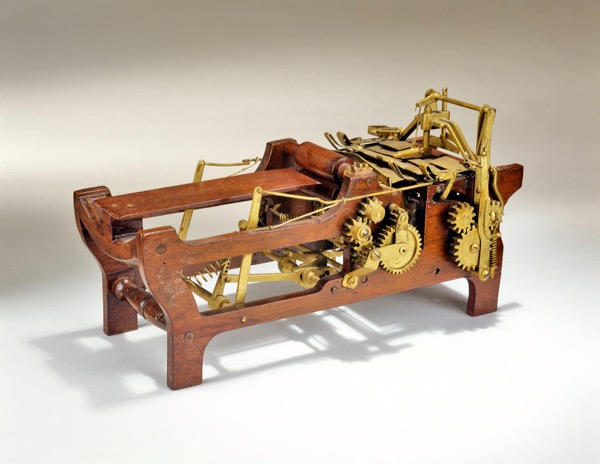 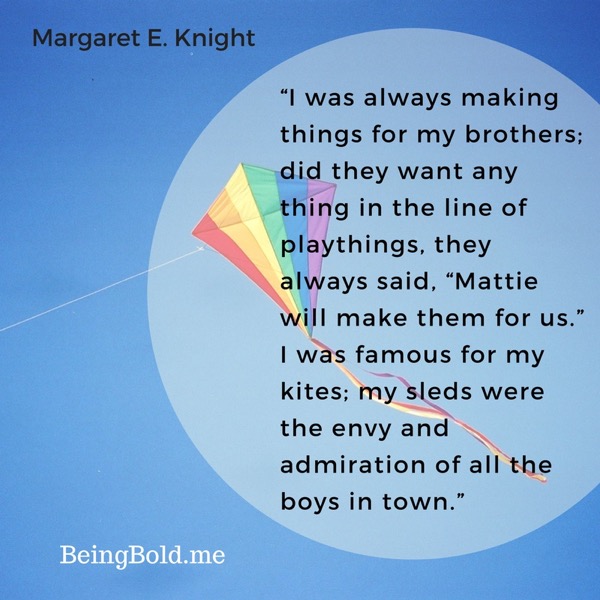 Have you ever heard someone say about a person that they have a “mechanical mind?”  Meaning that they just understand how machines work, how to fix them and how to build them.  Margaret E. Knight was just such a person.  Until she was 11, she lived a relatively happy and carefree life, it seems, with her mother and brothers.  She went to school and after school and in summers, one imagines, she built the famous kites and sleds.

Her father died and the family became poor; they had to move when she was 11 to the new textile mills.  Her mother and older brothers worked in the mill while she went to school for one more year, til the ripe old age of 12!  12!  Imagine being done with school when you were 12.

There may be days when you don’t like school, but when she left school she had to go work in the textile factory.  The factories made fabric on big looms that went very fast.

Have you ever seen a loom?  Here’s a photo of one: 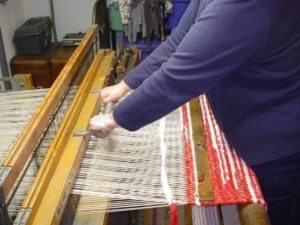 See the threads?  On a loom, someone puts the warp threads on, those are the long ones that go up and down.  Then the across threads?  Those are called the weft.  And the weft threads go through the warp threads, being pushed through on a bobbin, or wooden thing, a long, kind of skinny oval shaped thing.  Then the weaver pushes down a board on the loom and locks that weft thread in place.  Then again the bobbin with the weft goes across and then again they push down and lock the thread in place.

If you go to an old timey house or mill for a tour, you might get to see a loom in action.  (or a weaving store or fiber festival, lots of people still weave today!) 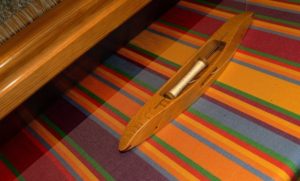 Wooden bobbin with thread inside.

Young Margaret, or Mattie, as she was called, was in the factory when one of these “bobbin shuttles” flew out of the machinery and hit a girl in the head, hard!

Mattie knew that she could fix things so that this never happened again, and she did!  She put her mechanical mind to work and added a simple metal guard to the bobbin shuttle.

She drew her design, had it made, it was tested and it worked!  It was soon in use at all the textile mills, all over New England.  She didn’t get a patent on this device, but it was her first invention and it literally saved lives!

At 18 years old, Mattie left her family at the mill and moved to Boston, to try to make a better life for herself.

There, she went to work in a paper bag store.  But paper bags back then were more like an envelope, they were just sealed at the bottom, there wasn’t that flat part and they couldn’t stand up by themselves.

Have you ever seen an old black and white movie where the main characters go shopping?  The shopkeeper is always holding the paper bag with one hand and loading the items in with the other hand.  He can’t get go of the bag, because if he did, it would fall over!

And, as you can imagine, those bags didn’t hold much either!

Mattie heard that the paper bag making companies wanted a machine that could make flat bottomed bags.  She knew she could do it!  She spent two years working on her design, building a small scale prototype.  (A prototype is the first of something, the one you test things out on.)

Back then, in order to submit your application for a patent, you had to also submit a working model, a functional, small scale version of your invention.  Some people think the government wanted these models so that they could inspire others to invent!

Mattie had to hire a man to build her model for her (there were lots of specifications back then, about how the models had to be).  Unfortunately, a man stole her idea, he saw her model machine at the workshop where it was being built and he filed a patent on it a week before she could!

She had to take him to court to prove that it was her invention, she did, she had plenty of evidence, in the form of her notebooks, where she’d kept careful record of her progress as she developed her machine.

It cost a lot of money and time, but finally, the court agreed that she was the rightful inventor and she was awarded the patent in 1871.

But that’s not the end of her story!  She kept on inventing!  She improved her machine, got additional patents for her improved paper bag folding machines and the machines of today are still based on her inventions!

She also invented an engine, machines that cut out shoe soles and more.

The website women-inventors.com writes, “At the time of her death, an obituary described Knight as a ‘woman Edison.’ In actuality, she was something greater – she was a woman inventor named Margaret Knight.” 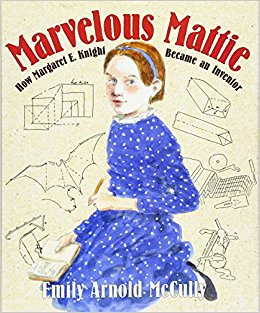