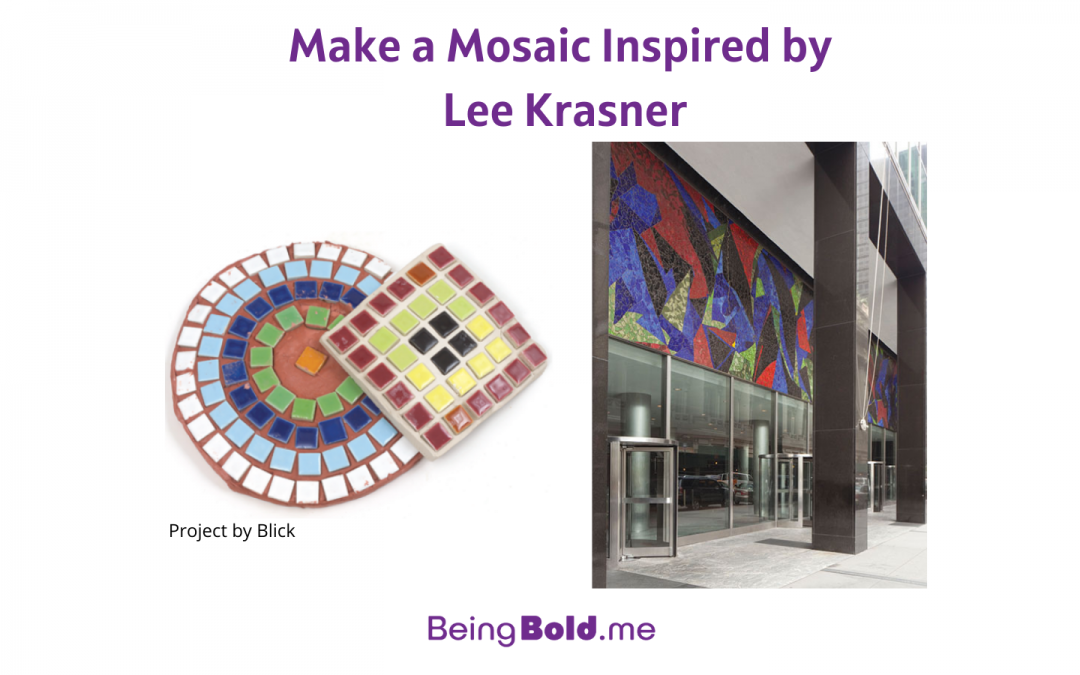 Lee Krasner was an abstract expressionist painter whose husband was also a painter.  When they met, she was more well known and successful than he was.  Many people credit him with achieving abstraction first, before his wife.  But biographer Gail Levin, who wrote a book about Lee Krasner, researched it, and she found that Lee achieved abstraction first, before her more famous husband.

What does it mean to “achieve abstraction”?  Originally, way, way back in history, painters painted to tell the history that the king or queen wanted told, and they painted stories to communicate stories from the bible.  Paintings were important because in the past, so many people couldn’t read, but they could understand the story when it was told visually.

Once photography was invented and became common, painters wondered, “What is my role now? Why should I paint in a realistic way?”  Abstract expressionist sought to paint feelings.  That’s what the expressionist part means.  Abstract means the painting isn’t trying to look like a tree, or a house, or a person, not even a weirdly changed or distorted one.  The idea of the painting is that it’s all about colors, or shapes, or feelings.

Lee Krasner was born in Brooklyn, New York in 1908 and trained in art at the Women’s Art School of Cooper Union and at the National Academy of Design.

While she was primarily an oil painter, during the Great Depression, she was one of the artists who found work in the Works Progress Administration, which helped sustain her through that difficult time.  She did some large scale projects for the WPA, specifically painting murals.  Later, in 1959, she was commissioned (hired to create an original work) this very large mosaic for the outside of this building.  She hired her nephew to assist her. 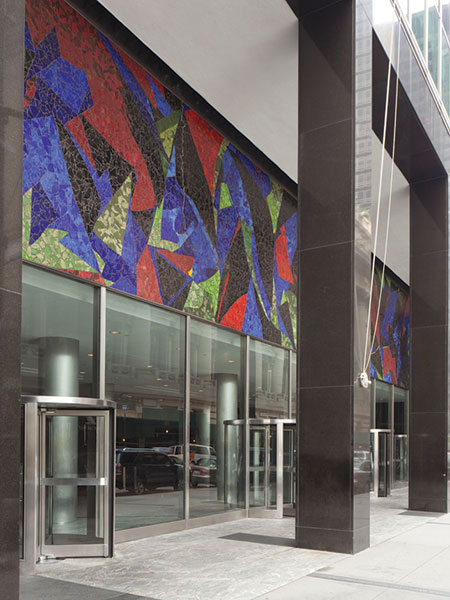 This colorful, abstract mosaic was made in 1959 by artist Lee Krasner. The building is on Broadway in New York City.

First, she made a painting, called a “sketch” to plan out the mosaic.  Then she and her nephew, Ronald Stein, installed the mosaic.  Mosaics are often made of broken or cut ceramic tiles or glass.  Special tools are required to cut the materials, and then special glues are needed to glue them down to the surface.  Lastly, the artist takes something called grout, which is kind of like a soft cement, and spreads it over the top of the whole mosaic, pushing the grout down in between the tile or glass pieces.  Then she removes the grout from the tops of the tile or glass.

You probably have some tile floors in your house or apartment – the material in between the ceramic tiles you often see in a kitchen or bathroom, is grout.

You can make a mosaic, using the idea of building up a design using smaller bits of something colorful.  Below are links to two lesson plans to help you do an art project that looks like a mosaic.  Neither one is a true mosaic, but that’s okay, we can still learn about the idea of designing a project with smaller pieces of a material.  One of the links also has a video.

As Lee Krasner did, you might want to make a “sketch” to plan out your mosaic.  Planning is important in a project like this, because you’ll need to know how many tiles or pieces of glass you’ll need to make your design.

If you decide you like that way of designing and want to make a real mosaic with grout, you can buy all the things you need at the craft supply store.  Or, you can collect old plates and dishes that no one wants, break them up and make a mosaic.  (Break them with adult supervision, and while wearing safety glasses. Cover the plates with a towel before tapping them with a hammer, so that small pieces don’t fly everywhere.)  The style of mosaic made with broken, rather than cut, pieces is called bricolage.

Here are the links to the mosaic lesson plans from Blick: