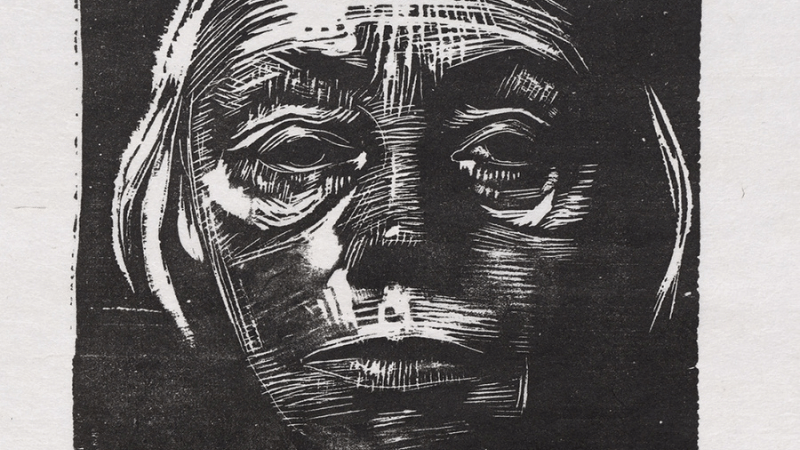 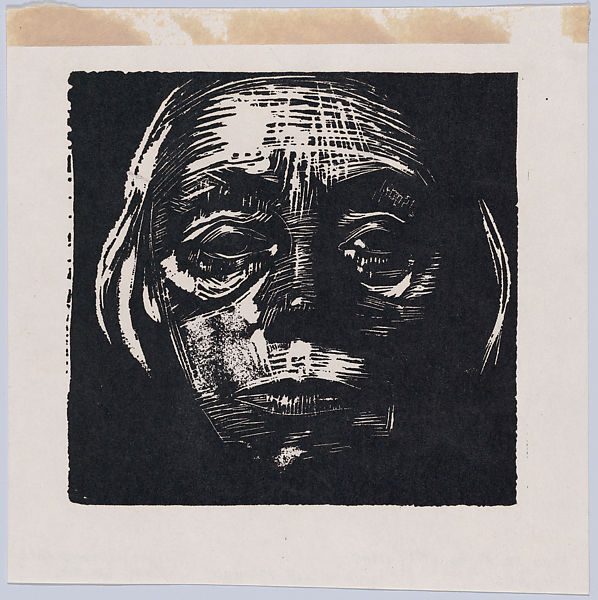 Kathë Kollowitz (say the W like a V), is known for her prints that protest a social situation from her times, or show the profound grief of a parent whose child has died.

Print Making to Make a Statement

Print making was a choice that she made. She was trained as an artist in many disciplines. She could paint, draw, sculpt. But she chose print making in order to make a statement. A print is made when you create an original, through one method or another, and then you can make many, many copies of that original. This means that those “copies” or “prints” are much more affordable and regular people can afford them.

Only rich people can afford to have a custom oil painting made for their home, mansion or castle, but almost everyone can afford a print.

Print making has also had an important role for a long time as a method for distributing ideas, by printing posters, flyer, pamphlets, and even art prints that are making a point.

Print making methods include wood block printing, lithograph, engraving and silkscreen. You may even own a T-shirt or sweatshirt that has a design that was silkscreened on.

(Side note: some “prints” that you see today are digital art that has been printed out on nice paper with a good quality ink jet printer. While these are very nice to have, they are more like “posters” and are not the kind of true “prints” that we are talking about today.)

Okay, so now we get what print making is.

Kathë Kollwtiz and her husband were committed to helping the poor. He was a doctor who chose to have an office in a poor area of town. She would sit in the waiting room and draw his patients. That’s a political choice, isn’t it? She chose to draw poor, working people.

Two of her most famous print series are called The Weavers and Peasant War.  Peasant War shows people protesting a bread shortage.  In those prints she captures the feelings of hunger and desperation in their faces.

Kathë and her husband had two children, both sons. Her younger son, Peter, died at age 19 in an early battle in WWI. This loss affected her profoundly, because, of course it did.

When you look at her print of a mother holding a child who has just died, you can see the anguish. 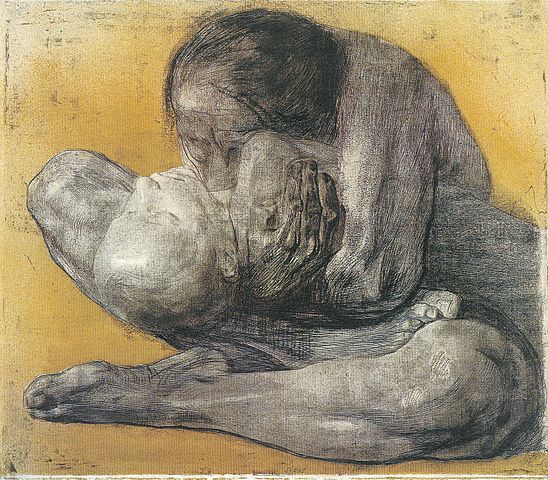 Many artist choose to paint pretty things: party scenes, going on a boat ride, a picnic, an evening at the opera. Kollwtiz did not. She used the power of her art to get people to see things they needed to see. She wanted them to see the poor, the hungry, the grief of the death of a child, the pointlessness of war.

She sculpted a memorial piece beginning in 1925.  It’s called The Grieving Parents and shows a pair of grieving parents. It is somber and sad. While most war memorials glorify the battle, hers is there to remind you of who is left behind when soldiers go off to war and are killed.  The two sculptures were installed in a German war cemetery in 1932.

Kollwitz knew that she could have tried to be a successful artist in one of the areas of art that was more favored, that was considered more important, but she chose print making as her mode of expression. It was a political choice and much of her art was political, meaning she was making statements and trying to affect change.

The power of her art, nearly 100 years later, still stands.