Josephine Cochrane, Inventor of the Dishwasher! 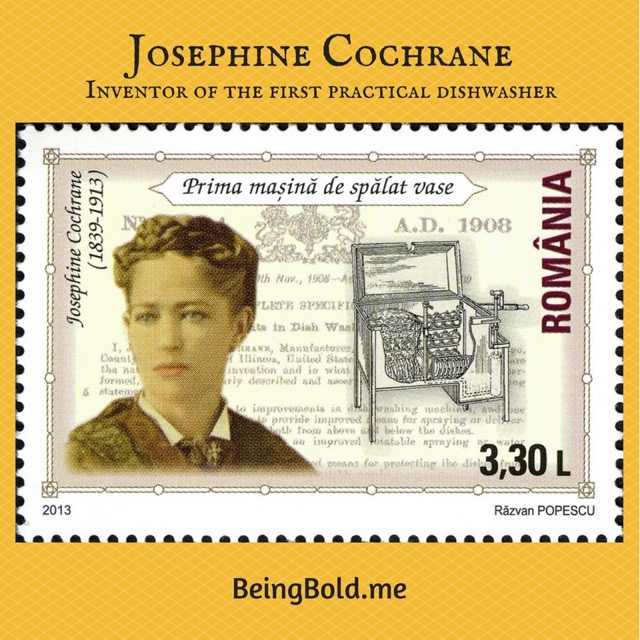 What chore do you hate the most? I can’t decide if it’s washing dishes or doing laundry, for me. Many inventions happened because the inventor disliked doing a task, or wanted to be able to do it more quickly, or better. The mechanical dishwasher, something that I bet you have in your home, was invented for just that reason.

The inventor was a woman named Josephine Cochrane, but she didn’t hate doing the dishes, she hated that her servants kept chipping her fancy china! That’s right, today’s inventor was a wealthy woman who was able to use her money and connections to bring her amazing machine into being.

After getting frustrated that no matter how many times she asked the people who worked for her to be more careful with her dishes, and stop chipping them, she gave washing them herself a try.

Can you picture that? A fancy society lady in her silk gown, washing dishes? It took too long! She decided there had to be a way to make a machine do it. She knew something about machines and inventing, because her father was an engineer and her grandfather, John Fitch, had invented a steam engine to power steam boats.

She set to work in a shed in her yard and made wire racks to place the dishes on. That should sound familiar, since your dishwasher has wire racks too!

As you can see in the picture, there’s a boiler under the chamber where the dishes go, a boiler is a chamber that heats water. The heated water goes into the dishes chamber and the spray and washer pressure cleans the dishes.

While Mrs. Cochrane wanted her machine for the mechanical cleaning of dishes to go into people’s houses, it was just to expensive for them.

She formed a business to manufacture and sell her machines. It was called the Garis-Cochran* Washing Machine Company but was later sold to the Kitchen-Aid company, another name that is likely familiar to you, and it’s still in business today!

So next time you get to fill the dishwasher as your chore, instead of being up to your elbows in hot soapy water, you’ll know who you have to thank!

*Sometimes her name was spelled an e and sometimes it wasn’t.

She was awarded a patent for her dish washing machine on December 28, 1886. She wasn’t the very first person to invent and patent a dishwashing machine, but hers was the first one that was practical and also a commercial success.

There’s an historical marker outside her house in Shelbyville, IL, you can go see it! Learn more about her house here.

Here’s an image of an old postcard of her house: 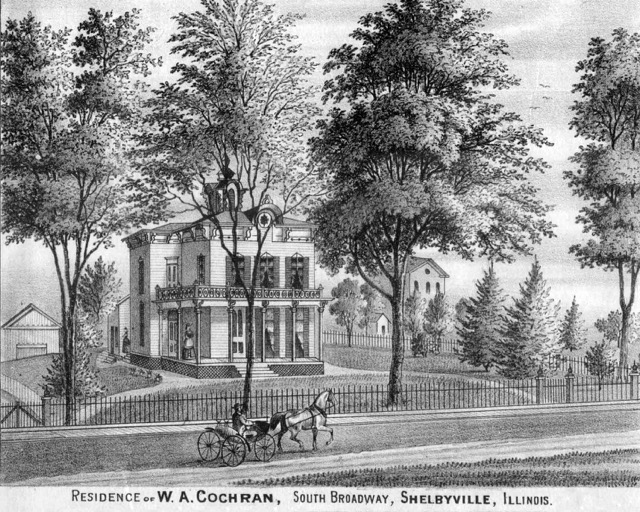