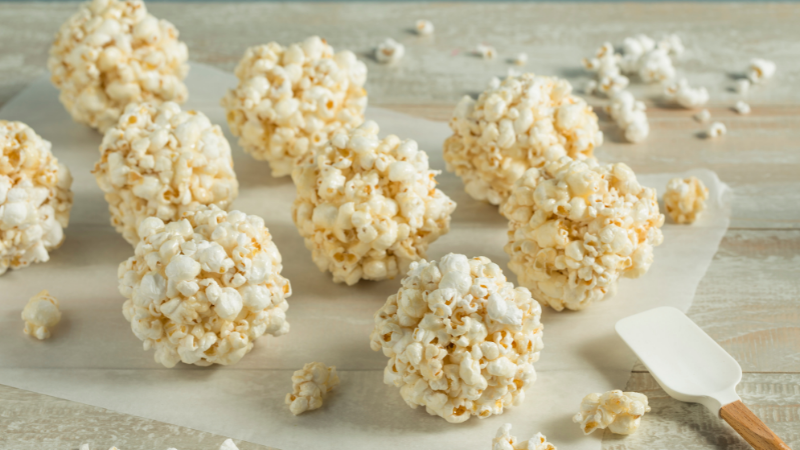 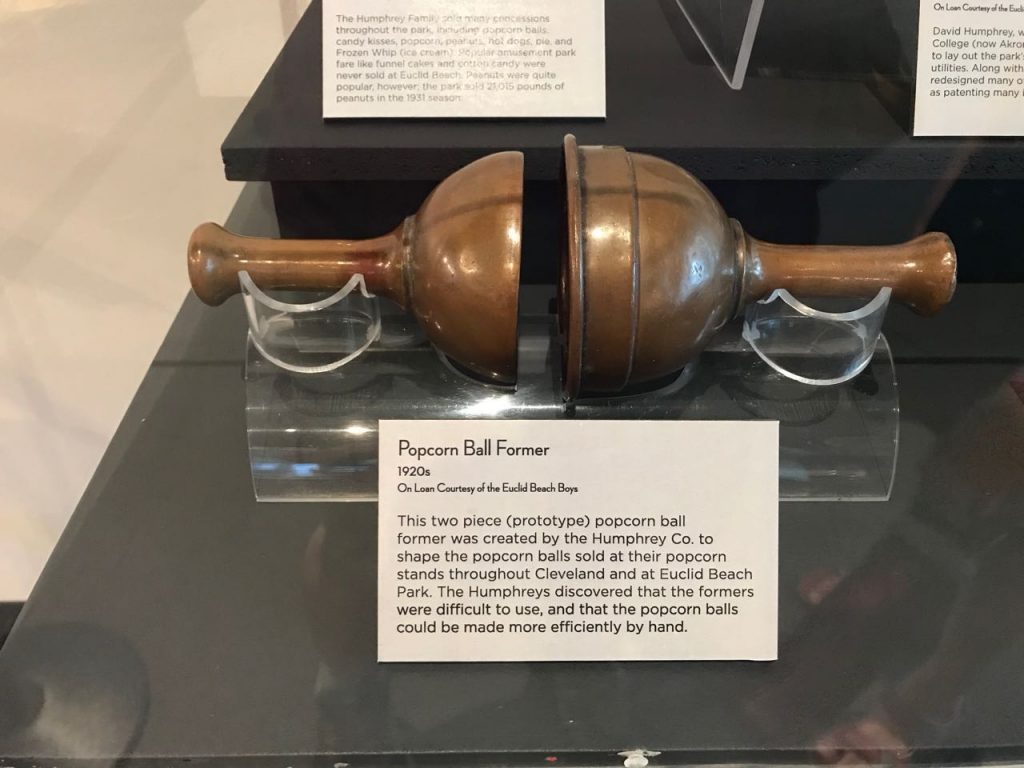 Popcorn ball maker, seen in a history museum in Ohio.

Have you ever had a popcorn ball? It’s basically popcorn, stuck together with white syrup, made into a ball. They used to be a classic homemade treat for Halloween. They’re less popular these days, probably because working with molten hot syrup is tricky!

Naturally, people have tried to solve this problem for years. Above, there’s a picture of a tool made from copper.

Our family saw this in a history museum in Ohio, and having an interest in patent models, which is what I thought it was, of course I snapped a picture.

The sign in the museum says the popcorn stand workers decided it was easier to work with their hands and they stopped using the tool. Maybe that’s because copper is conductive, and the handles were probably hot?

If you think this tool is a good idea, you can still buy one, though today’s product is made out of plastic! We bought one, but haven’t tried it yet. Here’s what it looks like: 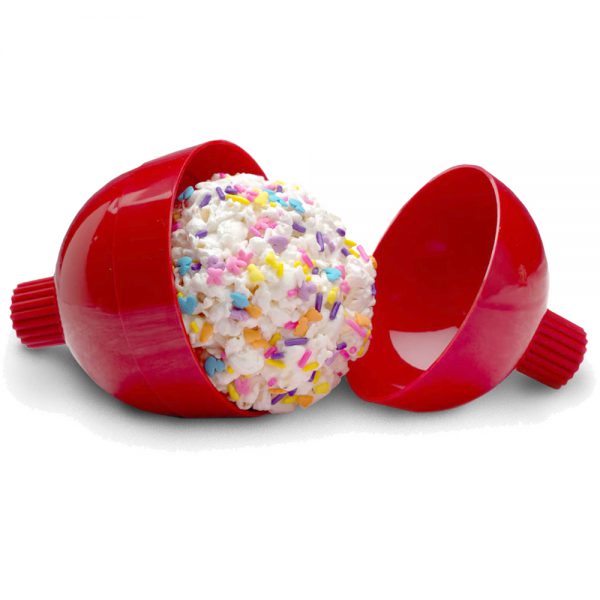 What do you think?

What do you think? Will the plastic one work better than the copper one? Why or why not? Would you rather use a mold or your hands? If you were inventing a new tool for making popcorn balls, how would you improve it? Remember, patents aren’t only given for brand-new ideas; they’re also given for improvements on previous inventions. There are many, many patents for paper clips and improvements to sewing machines, and machines that fold flat-bottomed paper bags.

Here’s a recipe, and this is definitely a recipe for parents and kids to do together, the syrup gets really hot and you want to be very careful.