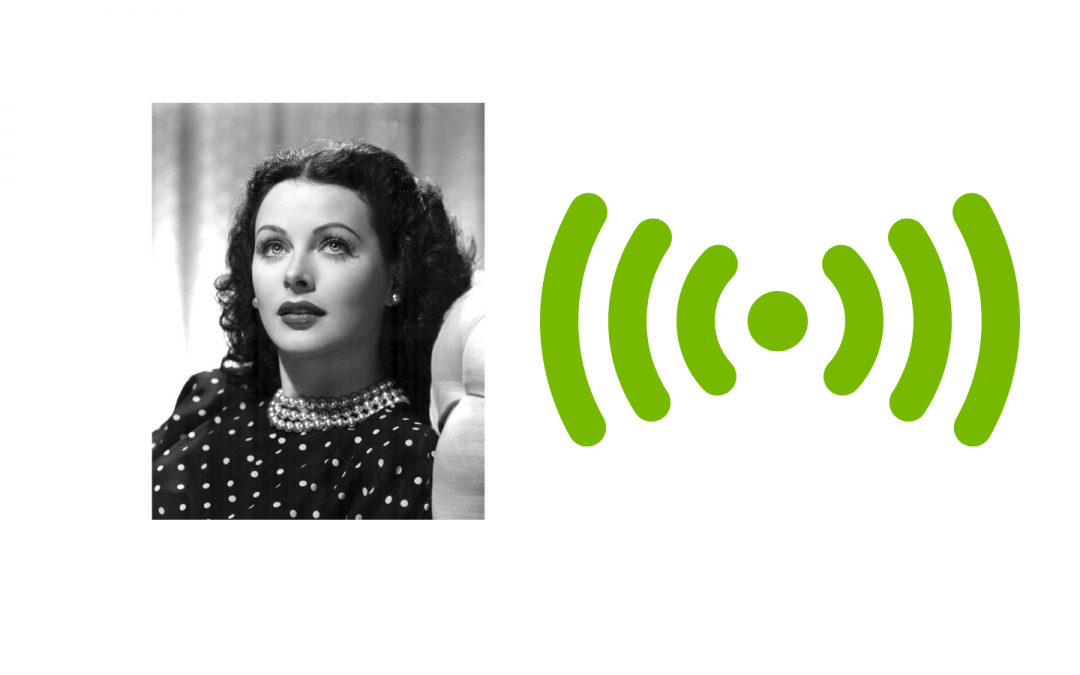 Inventor and Actress Hedy Lamarr in 1944.

Sometimes, an invention is invented because someone makes an imaginative leap from one thing to another. That can be why a regular person comes up with a clever new innovation that the experts didn’t see—the expert is focused on their one area of expertise, that they didn’t “see” the connection.

One person who did just that was actress Hedy Lamarr, though her name when she was born was Hedwig Eva Maria Kiesler.

She wanted to do something more important than just be an actress, in her own words. She was good at math and she really wanted to help the war effort (WWII).

She knew about player piano rolls from her friend George Antheil. What’s a player piano? It’s a piano that could play all by itself! The way the piano knew what to play was because of paper rolls with little notches cut in them. Each notch is equal to a piano key being played. 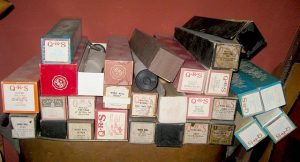 Here’s what a player piano roll looks like when in use, in an upright piano: 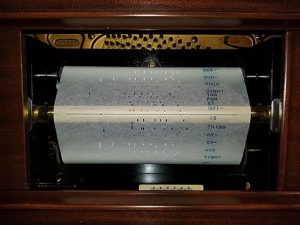 Player piano roll in use, in an upright piano.

The problem the U.S. was having in the war that Hedy wanted to help solve was about torpedos, which are underwater bombs shot from a ship toward another ship, or a submarine. Submarines were a big problem in the war, and the enemy had figured out how to tell if a bomb was headed their way, and then they could move quickly out of the way. They could tell it was coming by using sonar (bouncing sound off of objects, kind of like the way bats do in order to get around).

But what if…
Hedy’s idea was to use frequency hopping, to have the message move around on the radio frequency, moving so quickly that the enemy couldn’t catch it.

Here’s how wikipedia describes the invention:

(Antheil and Lamarr) “developed a radio guidance system for Allied torpedoes that used a code (stored on a punched paper tape) to synchronise random frequencies, referred to as frequency hopping, with a receiver and transmitter.”

George’s and Hedy’s innovative idea was awarded a patent on August 11, 1942, but it was issued under her real, married name, Hedy Kiesler Markey, not her stage name, so no one noticed!

The big movie studio that she worked for thought it would be bad publicity if they knew a glamorous movie star was involved in weapons inventions. See, people went to the movies to escape from the war, to get a break and think about something else. The movie studio controlled their actors and actresses lives in those days, Hedy didn’t dare go against the studio, for fear of losing her job.

The funny thing is, even after she retired, she continued to deny that she had made this great invention, until she was in her 80s!

While this technology wasn’t completed in time to help with WWII, it is the underlying concept that is used in fax machines, cell phones and WiFi.