Dr. Shirley Jackson: the underlying for science for lots of things we use every day 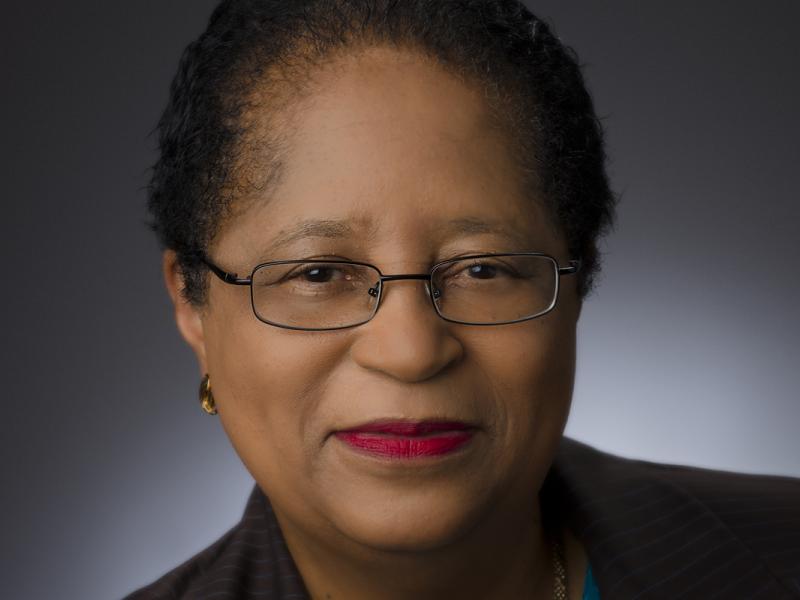 When the phone rings, you usually already know who’s going to be on the other end of the line, right? Because your phone tells you, with that thing called Caller ID. You’ve probably had Caller ID your whole life, but your parents didn’t. When they picked up the phone and said hello, they had to wait for the other person to say who they were!

It’s one of those things you’ve probably never thought about, but a lot of complicated science had to happen in order to make such a simple thing: caller ID, happen. And the scientist who did that was Dr. Shirley Jackson, a theoretical physicist.

A theoretical physicist uses math and thought experiments to figure things out. (As opposed to an experimental physicist, who works at an accelerator and smashes atoms together in order to learn about them, or create new atoms.)

Shirley said, “I like everything about being a physicist: thinking about a problem, solving it, writing about it, working with my colleagues and giving talks all over the world.”

Some inventions are easy to understand. Dr. Jackson didn’t directly invent anything, but the science she did, the things she figured out about particles, allowed other inventors at the lab where she worked (Bell Labs, part of the company AT&T), to invent the fax machine, the touch tone telephone, solar cells, fiber optic cables, caller ID and call waiting.

What’s a fax machine? Before the internet and the ability to share images and documents online and through email, people had to delver important papers that need to be signed either by mail, or in cities, by bike messenger. The fax machine was a special type of telephone with a printer that a person in one office could use to send an important document over the telephone lines, and a person in a different office, in another city, their fax machine would receive that document and print it out!”

By the 1990’s, people were even using fax machines to send funny cartoons to each other! Just like the internet, only black and white and slower and uh, on paper.

You can imagine how much time that saved, to be able to send documents (and cartoons) over the phone lines, instead of delivering paper by mail or messenger. Probably the only people who were sad about that innovation were bike messengers.

As a kid, Shirley loved to collect insects, as lots of kids do, but she also kept scientific logs of her observations about her insects. Luckily, her parents encouraged her in this!

She also loved to build things and built a soap-box race car, maybe you’ve seen one of those in an old TV show, or in Gortimer Gibbon’s Life on Normal Street. They’re cars that kids used to build themselves and then race down a hill. You can see a terrific online comic about the car she built, here: https://web.archive.org/web/20070630131905/http://www.iwaswondering.org/shirley_homepage.html

The time in history that you grow up in can have a big impact on your life. For Shirley, two events had a big impact on her life. One was that the Supreme Court, in a legal case called Brown vs. the Board of Education, said that schools could no longer be segregated by race. Before that supreme court decision, many schools in the United States were segregated by race, with black children attending one school and white children attending another. The white schools got more money and the white children got a better education. This was horribly unfair and many people fought for years to change it.

When the law passed, desegregating schools (that means that now black children and white children would go to the same schools), that meant that Shirley could go to a much better school, one that had been all-white before.

After high school, Shirley went to the Massachusetts Institute of Technology (MIT).

“At first, college was difficult for Shirley. White students avoided eating with her in the cafeteria and did not invite her to join their study groups, so she spent many long hours studying alone. On one occassioin, a group of men shouted racial epithets at her and one spit in her face. Shirley was undaunted. ‘It was important to not just focus on myself but rather to understand I had a particular opportunity.’ One professor suggested, ‘Colored girls should learn a trade.’ She became even more determined to become a physicist.” (“Black Stars: African American Women Scientists and Inventors,” by Otha Richard Sullivan, p. 99)

Nevertheless, she persisted, and Shirley became the first black woman in the US to receive a Ph.D. in physics!

Dr. Jackson recommends studying physics to young people. She says, “A degree in physics can prepare you for a number of careers. Physics teaches you to make sound decisions by asking the right questions, making keen observations, and drawing insightful conclusions – skills that are useful almost anywhere.”

Dr. Jackson has won many, many awards in her long and distinguished career. The biggest one is National Medal of Science, Awarded by President Obama in 2014. 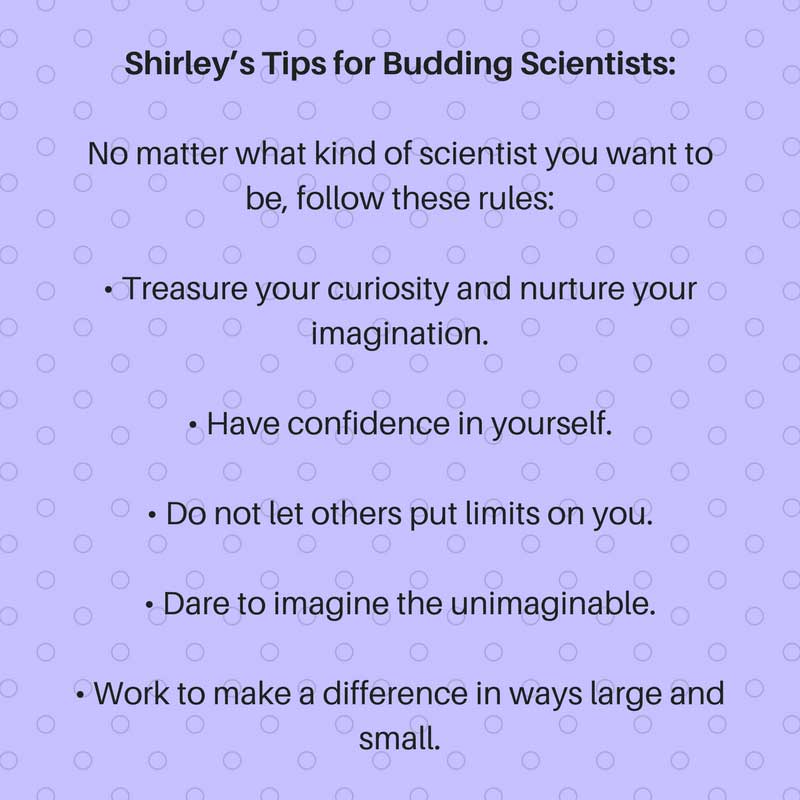