Cecilia Payne: Figured out What Stars Are Made Of 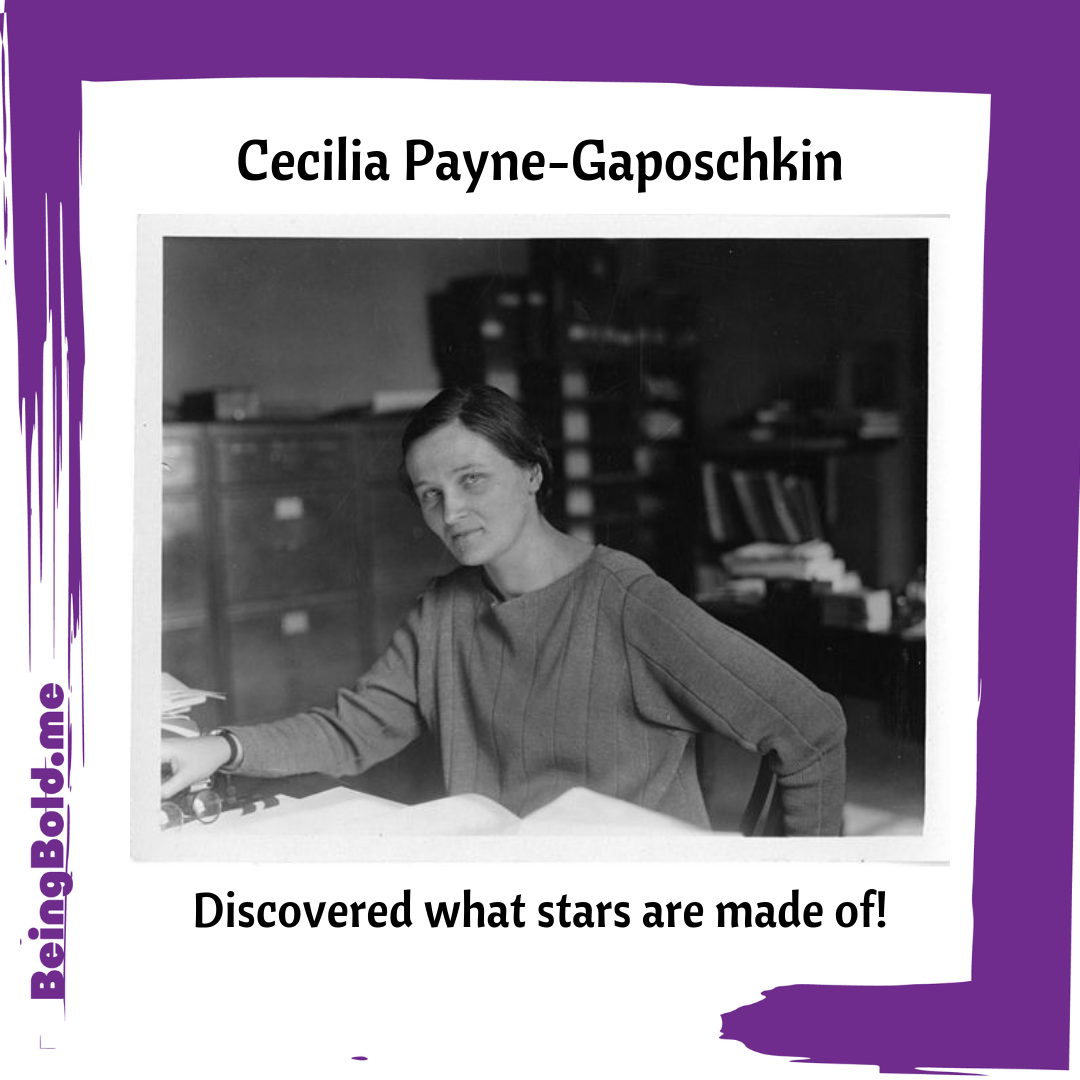 Cecilia Payne-Gaposchkin was a British-born American astronomer and astrophysicist who was born May 10, 1910 and studied at Cambridge University and Harvard University.

She’s the person who figured out that stars are mostly made of the lightest two elements – hydrogen and helium.

It’s hard to believe, but scientists in her time thought that sun was made of pretty much the same elements as the Earth is!

“Her 1925 thesis, entitled Stellar Atmospheres, was famously described by astronomer Otto Struve as ‘the most brilliant PhD thesis ever written in astronomy.’ By calculating the abundance of chemical elements from stellar spectra, her work began a revolution in astrophysics.”

Source of those quotes:
https://www.aps.org/publications/apsnews/201501/physicshistory.cfm